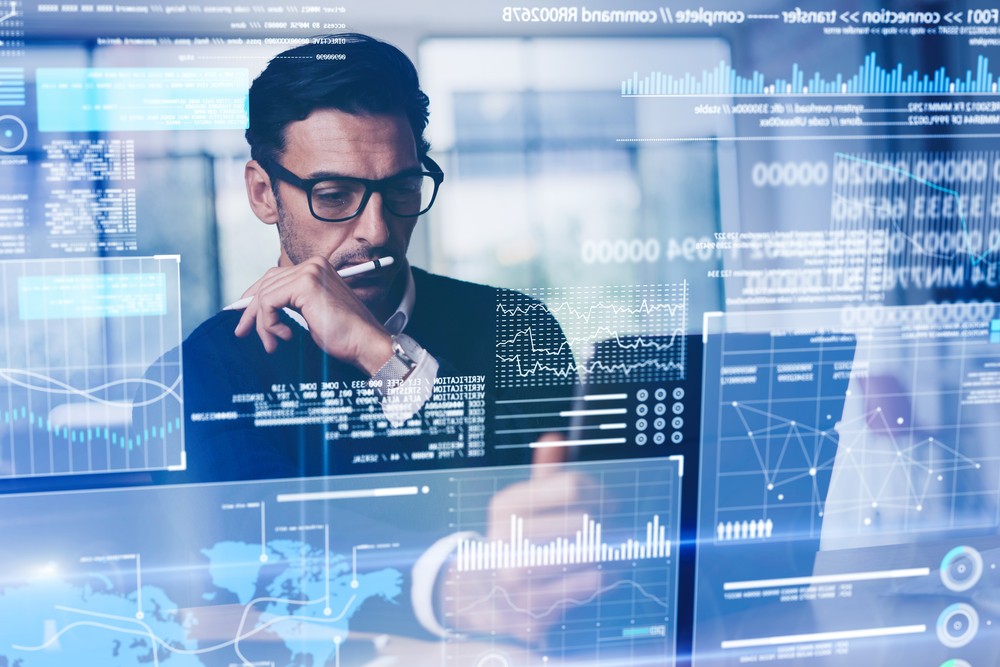 How to power mobile commerce with unique data-driven insights

The Covid-19 pandemic created a seismic shift in shopping habits in favour of e-commerce and m-commerce – buying retail goods and services online to the tune of more than $4.9 trillion USD worldwide. Daniela Coppola writes in her ‘E-commerce worldwide - statistics & facts’ report for Statista of 23rd February 2022 that e-commerce has therefore “become an indispensable part of the global retail framework.”

Retail has seen a significant industrial transformation since the mid-1990s with the advent of the internet, and since then the industry has continued become increasingly digitalised in line with modern life, whereby most worldwide consumer transactions are completed either online or by using digital forms of payments at the expense of cash.

Bango (AIM: BGO, OTCQX: BGOPF) – a company that is listed on the London Stock Exchange, and a provider of unique purchase behaviour technology – says the market is growing at a rate of at least 15% per year, and so the overall macro trend is that people are spending more money online. From a market perspective, many sectors have seen market growth. A key area is the packaging of content in the form of subscriptions, such as gaming. “Where people might have once bought games on a case by case basis, they are now paying for subscriptions e.g. Xbox Game Pass,” says Anil Malhotra, CMO and Co-Founder of Bango.

He adds: “The trend is where games were previously offered as one-off purchases for $40-60 a go, companies have started to package them up and offer them as long-term subscriptions for $10-15 per month. When you’ve decided to buy a game instead of purchasing it, you now pay to gain access via an monthly pass, where you access hundreds of games regularly. Subscriptions including entertainment content like Netflix or mindfulness content, offered by Calm are extremely popular, and continues to be so.”

In different parts of the world, global differences in terms of country and region exist. For example, Asia, Korea, and China accelerated ahead of the pandemic. However the rest of the world has caught up with the pace of growth in online commerce.

One of the global differences is the ability to buy physical goods and being able to charge them to your phone bill. That’s what consumers can do in Japan. Consumers there can buy physical goods; anything from TVs, perfumes, clothes, and groceries using their mobile phones, and with the transactions being charged directly to their mobile phone bills. This is different to how it works in other countries because in parts of the world legislation limits what can be done by placing limits on, for example, the transaction value in Europe, which doesn’t exist in Japan. In Japan mobile phone operators provide incentives for buying third party goods and services.

Larbey explains: “In Europe, the PSD2 directive limits how much you can spend on a transaction in a single month. That restriction doesn’t exist in Japan. Carrier billing is often the only form of credit those consumers will use, so if you want to buy a $1000 TV, you need to be able to charge it to your mobile phone bill. That’s the most important difference….in Europe charging a transaction value that large is prohibited.” The legislation in Japan is friendlier and culturally, people there have a long standing relationship with their mobile phone operator. An example of this is practice is NTT DOCOMO’s d POINTs. “Customers who spend thousands of dollars on a TV on Amazon accrued POINTs which they can redeem via a whole range of services or rewards later,” he says.

While in the Middle East people are using mobile phone bills for a wide range of payments, in Latin America and Africa, as well as parts of Asia, there has been a significant growth in mobile wallets. They have become a replacement for bank accounts. With their mobile wallets people there are paying for digital content, utility, transportation, and shopping bills. They are also turning cash into digital money to pay for various goods and services.

App developers, merchants and payments providers have had to adapt during the pandemic. Bango has seen some new uses for wallets emerging, which is creating new opportunities for companies from various parts of the world who use them. The mobile wallets are encouraging people to come online and to be more engaged than they previously were.

With the shift in online payment versus traditional, slow retail in-store payments with the use of credit cards, “credit card providers are having to adapt; the UK has seen much more of a push to have apps made available by Visa or MasterCard, so the technology has evolved”, finds Larbey.

“Merchants, on the other hand, whose business has been through traditional bricks and mortar retail outlets, they’ve had to adapt quite quickly. So, almost every merchant, has a digital presence, through a website, or through an app. New agencies browse them, their offers; their stores online; even relatively small merchants have been able to take advantage of platforms like Shopify or Amazon merchant services to quickly gain an online presence. The rise of platforms such as Shopify have provided a quick way for retailers to gain an online presence.”

What app developers, merchants and payments providers want at the end of the day – particularly if they’ve spent money on advertising online - is for people to buy their products. “It’s relatively easy for people to attract superficial engagement online but trying to convert that into sales is quite more challenging,” says Malhotra. However, with Bango Audiences it is possible to achieve a return on advertising spend (ROAS) by targeting those customers who are the most likely to make one or more purchases. Zitga did this and achieved an ROAS increase of 20%.

Calm – the app for meditation and sleep is an example of online subscriptions growth. It is growing with Bango’s technology in terms of user numbers, which helps it to collect payments from end users, to make payments, for distribution purposes, and to identify the most profitable customers to target.

Results can be achieved by making the user experience frictionless, by using data-driven insights to ensure that the most profitable customers are targeted. Getting it wrong can be costly because in the online world it’s quite easy for consumers to jump over to a competitors app store or e-commerce site to buy what they want from them. E-commerce and m-commerce success is therefore about “making the whole user experience frictionless from discovery, browsing, through selection, through checkout is much more important in the online world than it is in the offline world,” says Larbey who stresses the need for app developers and merchants to use purchase behaviour targeting.

He explains why: “You can buy audiences of people and target ads at them, put promotions in front of them; they just click a link or app and they’re on your app or on your website but as easy as it is to get people onto your website, it’s equally as easy for them to leave. The challenge with that is when someone comes to your webpage or downloads your app, you’ve probably paid to acquire that user; you’ll be paying Google or Facebook or TikTok every time someone comes through to your webpage or to your app. All of them are selling clicks or selling advertising.”

“If you’re paying for the vast majority turn out to be casual browsers and not paying customers, you are spending lots of money for very little in return. So, what you want to do is to narrow your advertising to spending customers. That’s the definition of purchase behaviour targeting – it’s targeting your online advertising to focus on the people who are likely to spend money with you.”

To power mobile commerce with unique data-driven insights, Malhotra and Larbey therefore recommend that app developers, merchants and even payments providers deploy purchase behaviour targeting. This is because 99% of advertisers, say on Facebook, don’t factor in anything to do with purchase behaviour. So, whether they will gain customers and increase their revenue is pure guess work. As a result, the conversion rate tends to be very low – even if the customer fits the target customer profile. However, with data-driven insights around purchase behaviour, conversion rates can be as high as those achieved by Zitga, and the user growth of Calm can also be achieved.

Simon Spring, Operations Director of EMEA at WhereScape, discusses some of the common misconceptions surrounding data warehouses, data lakes, and data hubs, and why a proper understanding of each is key to building effective data infrastructure.

How SMEs can take advantage of third-party data lakes

The age of data-driven environmentalism

The success of environmental policymaking is inextricably linked to the deployment of high-frequency data and artificial intelligence (AI). Geoff McGrath, Managing Director of CKDelta, discusses the role of holistic, data-driven decision making in responding to the climate crisis and driving down carbon emissions.

What does the Edge mean for IoT? Peter Ruffley, CEO, Zizo, explains how edge IoT and analytics can provide a powerful mechanism for translating complex data sources into a streamlined, lower cost platform with faster return on investment and higher value. First, he considers some of the key challenges businesses face when considering an investment in IoT.